Edited by Fred Moody on April 2014

¶ 1 Leave a comment on paragraph 1 0 The pieces collected here, under our “Publishing the Archive” heading, all tug from one direction or another on the notion that the distinction between building and organizing a digital archive, on the one hand, and publishing interpretive or argumentative work based on its contents, on the other, is growing increasingly blurred. From digitization to databases to linked data and APIs for extensive machine-readability, the new-form organizing and distribution of archival content is coming more and more to resemble research and publication. Hence the archiving work described in this issue; to a degree, all of it makes a scholarly argument through its formal structure, its interface, and its metadata.

¶ 2 Leave a comment on paragraph 2 0 A digital archive is effectively an analog archive’s apotheosis. Once archived materials are digitized, possibilities for orchestrating access to them and building thematic (and even argument-making) connections with other materials increases exponentially. In structuring the archive, writing its metadata, and designing its interface, the digital archivist is making an argument about the meaning and cultural context of the archive’s contents. To cite two examples from this issue: upon their digitization, previously hidden-away petition scrolls revealed, through their signers, the previously unknown connection of the anti-slavery movement in Massachusetts with that state’s suffragist movement; and a born-digital (of the punch-card age) archive undergoes constant reinterpretation as it transitions through generations of technological change and platform migration.

¶ 3 Leave a comment on paragraph 3 0 I have come to believe that the old definitions and distinctions separating publishers, authors, and archivists—as well as, occasionally, the separation of producers of scholarly material from its consumers—are no longer reliably operative. The array of endeavors under discussion in this issue, including such non-traditional projects as a DIY archive that digitizes, preserves, and catalogs anarchic zines in a Dublin collective, to a crowdsource-cataloged digital collection of one woman’s voluminous correspondence, all actively make an argument to the outside world rather than passively await the argument-making attention of scholars. Among the variations on the theme collected here are the archive as rediscovery, the archive as political act, the archive as argument, the archive as performance….

¶ 4 Leave a comment on paragraph 4 0 Working out of the Forgotten Zine Archive in Dublin’s Seomra Spraoi, Leigh Ann Hamel et al. explore the challenges of organizing and cataloging the work of an anarchist collective, as well as the politics of digitization in the DIY world. Their mission is inherently paradoxical, and they wrestle with ethical questions at every turn. How does one reconcile the archivist’s mission of preservation and access with the anarchist’s resolve to evade organization and scrutiny by the establishment?

¶ 5 Leave a comment on paragraph 5 0 Jefferson Bailey’s fascinating story of the (get ready for some serious military bureaucracy-speak here) “Korean War Casualty File (TAGOKOR), 2/13/1950—12/31/1953, Records on Korean War Dead and Wounded Army Casualties, 1950—1970, Records of the Adjutant General’s Office, 1905—1981, Record Group 407, National Archives at College Park, College Park, MD,” traces the life of the archive from its origins as a set of 109,975 punch cards through a dizzying array of iterations and platforms to its present-day (and by no means final) form. It is a stunning object lesson to anyone kept awake at night by issues of preservation in the face of technological progress. Or, in Bailey’s words, “Promulgated anew in response to technological and epistemological change, yet bearing the vestiges of prior media, management, and classifications, digital archival records such as TAGOKOR offer a rich point of reflection upon the interplay of historical event, administrative custodianship, media preservation, public accessibility, and continuing reinterpretation.”

¶ 6 Leave a comment on paragraph 6 0 In what amounts to a story of digitizing a collection in order to save it, Stephanie Schlitz details a crowdsourcing experiment in which the deteriorating collected papers of Berry College founder Martha Berry are being digitized and cataloged in collaboration with the public—an experiment that significantly blurs the boundaries between archivist and user, author and reader. The project at mid-stage is showing significant benefits, indicating that crowdsourcing metadata projects, if carefully planned and supervised, can deliver tremendous value to their institutions.

¶ 7 Leave a comment on paragraph 7 0 In “Unrolling the Past,” Nicole Topich tells the intriguing hidden-collection story of an ambitious project of digitizing and applying network and geospatial analysis to Massachusetts anti-slavery petitions and related documents composed from 1787 through 1870. Formerly housed in various quasi-connected archives at multiple institutions, the digitized collection—by virtue of crowdsourced transcription, linked data, and other associated tools—will provide multiple points of access and analysis to a part of state history that has hitherto been all but inaccessible.

¶ 8 Leave a comment on paragraph 8 0 Mark Kamrath et al. offer a careful study of their digitization project and its implications in their Charles Brockden Brown Electronic Archive, which is to be a collection of TEI-encoded primary and secondary materials integrated into a searchable format interoperable with NINES (the University of Virginia’s Networked Infrastructure for Nineteenth-Century Electronic Scholarship). The Kamrath team’s essay affords examination of the types of issues and decisions involved in building a usable digital archive, demonstrating how technology can “provide and encourage specific strategies and methods for structuring, parsing, searching, and organizing electronic literary texts.”

¶ 9 Leave a comment on paragraph 9 0 In her survey of several digital collections created in the Cornell University Library, Liz Muller examines the shifting definitions of such terms as “collection” and “publishing,” as more and more archives make digital materials available online. She argues persuasively that in disseminating the collection itself rather than research about it, archivists are behaving more and more like authors by virtue of their arranging, presenting, and composing a given collection and its metadata. They are presenting for public use both a collection upon which research and publication can be effected, and a form of research and publication in its own right.

¶ 10 Leave a comment on paragraph 10 0 Similarly—yet conversely—Jacqueline Wernimont and David Kim demonstrate through their ongoing “Performing Archive: Curtis + ‘the vanishing race’” project that the archivist can be a performance artist, and the archive a performance. Taking materials from far-flung digital collections at the Claremont Colleges, Northwestern University, the Library of Congress, the Smithsonian (via the Digital Public Library of America), and the University of Indiana Bloomington, they are assembling a Scalar “book” that is an interpretive presentation of the problematic works of Edward S. Curtis, exploring his ethnographic and photographic work and its significance in the history of racial identity in the United States. (Separate from the nature-of-the-archive issues under discussion here, Scalar itself is an ongoing reinvention of scholarly argument, narrative, and monograph.) More than any of the archives under examination in this issue, their work challenges almost every accepted notion we can think of when it comes to building, presenting, researching, and analyzing the archive.

¶ 11 Leave a comment on paragraph 11 0 There is of course a meta-level to all of these contributions, which describe emerging intents, purposes, and possibilities for archiving in the digital age, and which make clear that the array of challenges and opportunities confronting archivists and publishers is unprecedented. But while digitally driven disruption is challenging the established order in the publishing world, threatening even to fatally marginalize the traditional publisher, it is presenting the traditional librarian with astonishing new tools and new opportunities to exercise creativity—to guide, to enlighten, to bring new knowledge and insight to a wider audience than was ever dreamed possible in the analog age. 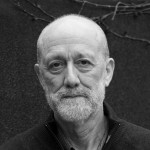 “Performing Archive”: Identity, Participation, and Responsibility in the Ethnic Archive

TAGOKOR: Biography of an Electronic Record

Organizing Anarchy: The Revitalization and Revamp of the Forgotten Zine Archive

Publishing the Archive: Definitions and Typologies

Unrolling the Past: The Digital Archive of Massachusetts Anti-Slavery and Anti-Segregation Petitions

This work is licensed under a Creative Commons Attribution-NonCommercial-ShareAlike 4.0 International License.