The Long Tail of Literary Studies

Figure 1. The “long tail.” An ideal distribution of all texts that scholars study, arranged left to right from those studied by many scholars to those studied by none. Texts at the left end of the graph are usually in print due to economies of scale. Texts that command the attention of zero, one, or only a few scholars are not commercially viable to publish and must be sought in archives, although some digital tools are blurring the boundary between the archived and the published.

¶ 1 Leave a comment on paragraph 1 0 If in the fall of 1973 you had wanted to prepare yourself for the upcoming Modern Language Association (MLA) convention in Chicago by reading the primary texts that would be discussed there, you might have been able to do most of your reading at the local Brentano’s or B. Dalton. Much as it had always been since its emergence in the nineteenth century, literary studies in the early 1970s was oriented toward a relatively narrow canon of widely read texts. Forty years later, that is no longer the case. It is now easy to find yourself listening to a literary-scholarly presentation in which the presenter is the only person in the room who has read the primary texts under discussion. The perceived value of canonical texts has declined significantly in literary studies, while the scholarly capital of archival materials has swelled — thanks to the rise of New Historicism and cultural studies in the 1980s and 1990s, which drew literary scholars’ attention beyond conventionally literary texts to ever-widening circles of texts and contexts; the flourishing of book history in the 1990s and 2000s, which highlighted the enormous diversity of textual objects as well as their material specificity; and the massive electronic databases that became available in the 2000s and 2010s, making texts available for research in unprecedented numbers (millions), modalities (keyword searches), and locales (your kitchen table). The shift in disciplinary emphasis from a small cluster of canonical texts to a “long tail” of largely archival texts (fig. 1) challenges literary study’s basic self-definitions.

¶ 2 Leave a comment on paragraph 2 0 At this year’s MLA convention in Boston, I moderated a roundtable about the implications of this shift, asking five panelists and a lively audience to consider how archival research affects the questions that literary scholars can ask and answer.1 The panel’s title, “Archive Fever: New Methodologies and New Questions for U.S. Literary and Cultural Studies,” invoked the febrile affect and seductive allure of archival research: archives hold out the possibility of recovering subjective experiences that have been left out of official narratives, even though they also, in practice and by etymology (archeion, a government building), overwhelmingly contain “official” material, as Jacques Derrida provocatively discussed in the 1995 essay that lent the panel its name.2 Still, over the past four decades, archives have offered literary scholars an incalculably valuable array of texts by non-white, female, colonial, queer, and otherwise counterhegemonic and historically under-read authors. As panelist Laura Fisher argued, however, this “archival politics of literary recovery” may be giving way to modes of archival engagement that do not seek to recuperate or recover “literature.” Literary scholars who engage gossip, election ballots, counterfeit banknotes, or needlework confront the question that panelist Lindsay DiCuirci pointedly asked: “How do we locate literary significance within materials that don’t seem literary?”

¶ 3 Leave a comment on paragraph 3 0 One possible answer is that we don’t. The panel’s most senior scholar, Janice Radway, has spent the better part of a career deconstructing the category of “literature” and has been instrumental in directing critical attention to textual genres formerly ignored as subliterary. Radway suggested using archives to circumvent the conventional category of literature and reframe its normative discourses.  Yet several of her fellow panelists proceeded quite differently; instead of subverting the socially constructed interface between archives and literature, Fisher, DiCuirci, and Laurie Lambert engage that interface as a deliberate object of study. DiCuirci, for example, discussed Hawthorne’s “Custom-House,” the archives of which ostensibly yield The Scarlet Letter, in relation to the actual archival practices of nineteenth-century Americans writing the first histories of the United States. Lambert, who is writing a literary history of the Grenada Revolution of 1979-83, noted that the C.I.A. and Grenadian government archives that she works in are almost incomprehensible without the context that the elusive literary texts of that revolution provide—texts that she has collected through fieldwork because they are not in (institutional) archives.

¶ 4 Leave a comment on paragraph 4 0 If Radway worried about a resurgent hegemony of the literary, panelist Joseph Rezek warned against a hegemony of the archival. Literary scholars, Rezek cautioned, risk fetishizing “the archive,” which pretends to comprehensiveness, as they once fetishized “the canon,” which pretends to exceptionality. Though he placed his own work squarely within the domain of his critique, Rezek noted that literary studies’ recent move away from writing new interpretations of texts and toward an ongoing search for new texts to interpret deemphasizes what has been thus far the discipline’s core skill: close reading.3 Judiciously selecting interpretable texts from what can seem like an omniloquent expanse of archival material demands as much critical care as the explication of that material, and Rezek is right to raise concerns about literary scholars’ preparedness for this curatorial task. Cultivating a curatorial as well as a close-readerly relationship to archival texts will be one strategy for keeping the long archival tail from wagging the literary critical dog. 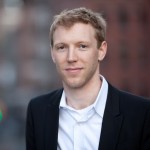