¶ 1 Leave a comment on paragraph 1 0 Documenting Ferguson is a project of Washington University Libraries in St. Louis, created by a team of library staff and faculty. It is a collaborative, community-driven digital repository that preserves both local and national records created by observers of and participants in the events surrounding the police killing of teenager Michael Brown on August 9, 2014, in Ferguson, Missouri. Brown’s death inspired a multitude of responses. As a cultural organization within an institution of higher learning, it was important for the library to have a role in documenting related events as they unfolded. The repository was created as protests against the death of Michael Brown developed, with the intention of capturing the voices of local St. Louis residents in a discreet and anonymous way. The content includes both “citizen records” made by protesters, and some records created by journalists and others who may not have been directly involved as protesters. Omeka, an open source web-publishing platform, powers the repository. The site allows individuals to contribute digital audio and video material from mobile devices as well as computers. The submission criteria are deliberately simple so that the technology does not become a deterrent to those interested in contributing. The submissions are not edited or censored. The site process allows contributors to choose from suggested formats and genres—such as story, image, and audio—and they determine the amount of information that accompanies the item(s) being deposited. 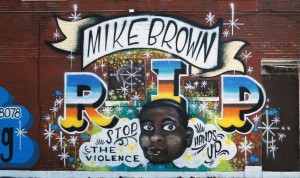 Figure 1. This striking image of a mural dedicated to Mike Brown is one of the items added to the Documenting Ferguson collection. http://omeka.wustl.edu/omeka/items/show/8736

¶ 4 Leave a comment on paragraph 4 0 Documenting Ferguson is intended to be radical in its content and in its practices, which depart from traditional collection and preservation methods. This web-based repository provides a safe, reliable, unbiased place for easily uploading and viewing content in the moment, with the understanding that it will be preserved for as long as possible. Traditionally, archival material is collected over time, often months and years after an event happens or person expires, and with information about its provenance. Documenting Ferguson acquired material as it happened, through a process similar to social-media data production and sharing, and sometimes before national media outlets. Unconventionally, this content is not curated, regulated, censored, or appraised by the hosts of the repository. The contributor can decide whether to add description or not and can remain anonymous.

¶ 5 Leave a comment on paragraph 5 0 What makes this archive radical is our willingness to let it form organically. Traditional collecting methods and decisions are based on factors such as the original order of the documents upon donation, authenticity, reliability, comprehensiveness of content to “tell a story,” preservation condition, costs, and intrinsic value. The lens of evaluation for material entering the Documenting Ferguson archive is not suited to traditional collecting processes and policies because the contributors drive the content. In addition, contributors maintain ownership of the materials they create because what they are uploading is a copy. This shift in methods and culture is radical. 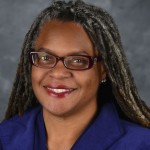 Meredith Evans became an associate university librarian at Washington University Libraries in November 2014, joining the Libraries’ senior leadership team.  She leads the Department of Special Collections, which includes the Film and Media Archive, Manuscripts, the Modern Graphic History Library, Preservation, Rare Books, and University Archives. Evans deeply believes in supporting community collaborations to increase the number of collections that serve as evidence of written history. She is confident that community engagement leads to diverse collections and a more accurate depiction of history. Evans earned a master of library science from Clark Atlanta University and master’s degree in public history at North Carolina State University and her doctorate from the University of North Carolina at Chapel Hill.

This work is licensed under a Creative Commons Attribution 4.0 International License.